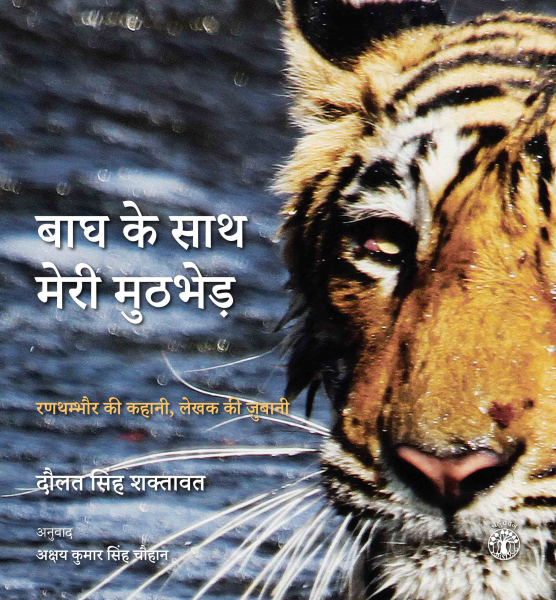 A dramatic encounter with a belligerent tiger; a near-death experience; hunting for missing tigers; a mystifying leopard who attacks humans at will with no fear; tracking and monitoring tigers and the fascinating story of an aggressive male tiger. These and other true-life tales form part of My Encounter with the Big Cat and Other Adventures in Ranthambhore. The author also pays tribute to the unsung heroes of Ranthambhore who gave up their lives and livelihood for the protection of others. Accompanied by rare photographs that enhance the appeal of the book, this is a must read for all, especially for those interested in the life of the tiger, the national animal of India.

Daulat Singh Shaktawat has served for more than 37 years in the wildlife wing of the Forest Department of Rajasthan. A dedicated officer and a passionate wild lifer, he has contributed immensely towards the conservation of habitat and wild species during his tenures at the Keoladeo National Park, Sariska Tiger Reserve and the Ranthambhore Tiger Reserve. He is known for his adept handling of crisis situations arising from man-animal conflict. In 2010, he was grievously injured and nearly lost his life while trying to tranquillise a tiger that had strayed out of the boundary of the Ranthambhore Tiger Reserve. Daulat Singh has a long list of national and state-level awards to his name. He is an accomplished wildlife photographer and many of his pictures have been published in magazines and journals in India and abroad. He has also contributed to several wildlife books such as Wild Wonders of Rajasthan and Birds of Bharatpur.