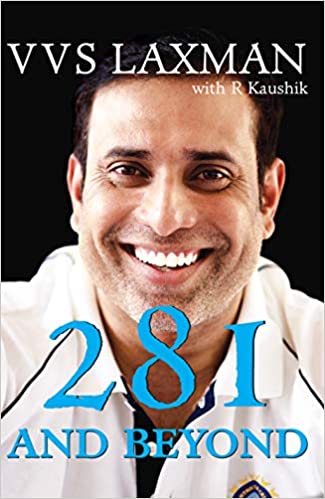 A stylish batsman who could score against any kind of bowling, VVS Laxman played over a hundred Tests to aggregate more than 8,000 runs. Cricket fans still remember with awe his game-changing knock of 281 against Australia in 2001 at Eden Gardens. But playing for India was never easy. He was dropped as often as he was picked, and despite his vast experience and unimpeachable skill, he never made it to a World Cup team.

All through his playing years, Laxman was known to be a soft-spoken man who kept his distance from controversy. Which is what makes this autobiography truly special. It’s candid and reflective, happy and sad by turns, and deeply insightful. He writes of dressing-room meltdowns and champagne evenings, the exhilaration of playing with and against the best in the world, the nuances of batting in different formats and on various pitches, the learnings with John Wright and the rocky times under Greg Chappell.

In 281 and Beyond, Laxman lays bare the ecstasy and the trauma of being one of the chosen XI in a country that is devoted to cricket.

VVS LAXMAN is a former Indian cricketer and currently a cricket commentator and mentor to the IPL team Sunrisers Hyderabad. He received the Arjuna Award in 2002, the Padma Shri in 2011 and was named one of Wisdens five Cricketers of the Year in 2002. He lives in Hyderabad with his family. R KAUSHIK has been a cricket writer for over a quarter of a century. Since starting his career with Newstime in Hyderabad, he has worked with Deccan Herald and Wisden India, and has reported on more than 100 Test matches. His association with VVS Laxman dates back to 1990.