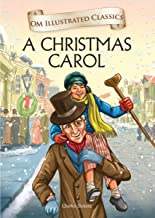 5
0%
0
4
0%
0
3
0%
0
2
0%
0
1
0%
0
Oliver Twist is a story of a young orphan, Oliver, and his attempts to stay good in a depraved society. The book exposes the miseries of poverty and its degrading effects through society. Oliver embodies innocence and incorruptibility. He was born and raised in a workhouse, then forced to live with a group of petty criminals and finally was adopted by a generous old man to live with him happily. He faces many obstacles and lives through many horrors throughout the novel. The cruelty of institutions and bureaucracies towards the unfortunate is perhaps the pre-eminent theme of the book, and essentially what makes it a social novel. Like a true Dickensian narrative, the dichotomy between Good and Evil are very clearly marked out. The story with many twists and turns keeps the reader engaged and imparts hope that benevolence can overcome and depravity.