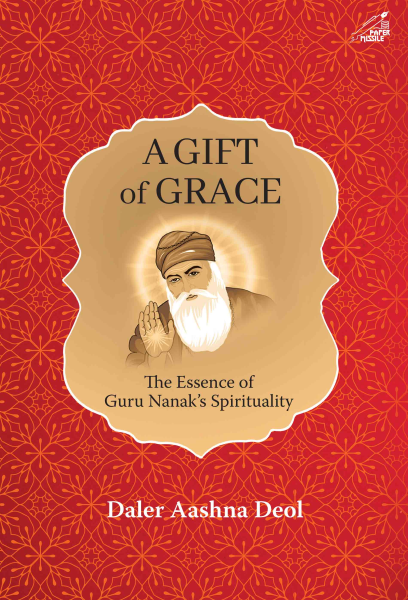 A Gift of Grace: The Essence of Guru Nanak’s Spirituality

A Gift of Grace simplifies Guru Nanak’s core spiritual message for the modern reader. Part I of the book enunciates the spiritual foundation of the guru’s worldview and his cardinal religious beliefs about the nature of God. Topics include bridging different stages of the spiritual journey, leading a virtuous life, living in harmony with the natural world, and developing compassion and helping others. Japji Sahib, which is the seminal text and the axis of Guru Nanak’s ecclesiastical legacy, is included in its entirety in Part II of the book. All meditations are presented in transliterated text, English translation, along with a brief commentary. Besides Japji Sahib, this book includes in Part III a representative selection of Guru Nanak’s hymns.

Daler Aashna Deol served as a lecturer in Political Science at the Delhi University for 13 years during which she published three books on political theory and comparative politics. After moving to the USA in 1983, she worked as an independent consultant, teaching Indian languages, culture, and politics to American foreign-service officials and other agency staff. She co-authored Japji: The Path of Devotional Meditation with Surinder Deol, which was published in the USA in 1998. Her first collection of poems in Hindi titled Rubru came out in 2012.
No Review Found