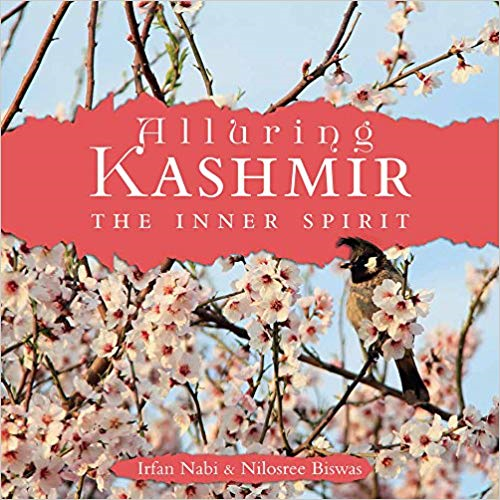 Kashmir is a distinct region yet to be explored fully. The authors ‘tell’ human stories against an awe-inspiring, natural backdrop. Their compelling and magical pictorial journey with the reader through the Valley – celebrating the ethereal beauty and the cultural diversity of this land as well as marking the shades of change and transition – has been painted with the lesser known colours, layers and textures which lie beyond the known dimensions of Kashmir. Breathtaking photographs in varying shades and angles supported by well-researched, relevant text in this unique travel book are the tools to communicate to the reader a classical Kashmir—with its inherent rich culture and exotic landscapes set against unfamiliar facts, fables and space and the intimate aspects of daily life and its treasured moments. The reader becomes a part of a thriving society waiting to match steps with the rest of the world despite huge challenges.

Irfan Nabi believes images build stories. Irfan’s photographs have been exhibited at ‘Picturing Asia’ at the International Institute for Asian Studies at Leiden, The Netherlands and ‘Food: Our Global Kitchen’ at the National Geographic Museum, Washington DC. Irfan remains connected with film making, script writing and still imaging. A consistent reader, Irfan loves painting and is a self-taught chef.

Filmmaker Nilosree Biswas’ documentary Broken Memory Shining Dust was an Official Selection at the 65th Cannes International Film Festival; it is now a part of academic library collections including Harvard and Columbia Universities, the School of Oriental and African Studies, University of London and the permanent archives of Academy of Motion Pictures Arts and Sciences (Oscar Library). Currently her time is divided between photo books and in developing screenplays. She is a keen traveller and foodie.
No Review Found