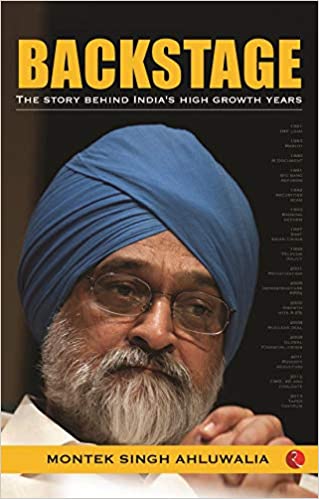 Tracing the spectacular trajectory of ahluwalia’s life from its humble beginnings in Secunderabad to the corridors of power in New Delhi, this book is a classic insider’s account of how the India story was shaped and script Ahluwalia played a key role in the transformation of India from a state-run to a market-based economy, and remained a constant fixture at the top of India's economic policy establishment for an unprecedented period of three decades. The book traverses the politics, personalities, events and crises in India's recent history. It goes behind the numbers to bring alive the politics of reform, and how policy change was pushed through—at first, slowly, under prime Minister Rajiv Gandhi, and then much more boldly in 1991 when the opportunity provided by a severe balance of Payments crisis was seized for wide-ranging reform. Ahluwalia, who served as commerce Secretary and finance Secretary during this crucial period, makes a convincing case for why, contrary to the accusations at the time, the reforms that formed part of the conditionality of the international monetary fund (IMF) programme in 1991, were home-grown and not thrust upon a reluctant India by the IMF. Ahluwalia discusses the successes and failures of the up a regime during which period he served as deputy Chairman of the planning Commission, a cabinet-level position. He presents the story behind India’s spectacular economic growth in the first half of the upa’s tenure as well as its historic achievements in poverty alleviation. He also candidly discusses the policy paralysis and allegations of corruption that came to mark the last few years of up a 2. Narrated with wit, humour and remarkable intellect, backstage is a definitive contribution to India's economic and political history by one uniquely positioned to write it.

MONTEK SINGH AHLUWALIA served as one of India’s senior economic policymakers for three decades, and played a crucial role in the country’s turn from a state-run to a market-based economy. He was special secretary to Prime Ministers Rajiv Gandhi and V.P. Singh in the 1980s, and commerce secretary and finance secretary in the 1990s. He took a break from government in 2001, when he was selected by the IMF as the first director of their newly created Independent Evaluation Office. He returned in 2004 to the Government of India as the deputy chairman of the Planning Commission, with the rank of cabinet minister, a position he held up till May 2014. He was awarded the Padma Vibhushan, India’s second highest civilian honour, by the President of India in 2011 for his outstanding contribution to economic policy and public service.
No Review Found