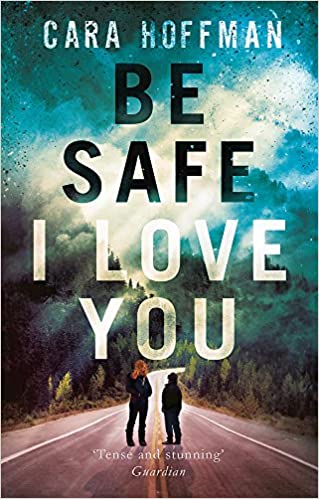 Be Safe I Love You

Be Safe I Love You tells the story of Lauren Clay, a woman soldier returned from Iraq, and her beloved younger brother Danny,obsessed with Arctic exploration and David Bowie, whom she has looked out for since their mother left them years before.

Lauren is home in time to spend Christmas with Danny and her father, who is delighted to have her back and reluctant to acknowledge that something feels a little strange. But as she reconnects with her small-town life in upstate New York, it soon becomes apparent that things are not as they should be. And soon an army psychologist is making ever-more frantic attempts to reach her.

But Lauren has taken Danny on a trip upstate - to visit their mother,she says at first, although it becomes clear that her real destination is somewhere else entirely: a place beyond the glacial woods of Canada, where Lauren thinks her salvation lies. But where, really,does she think she is going, and what happened to her in Iraq that set her on this quest?

Be Safe I Love You is an exquisite and unflinching novel about war,its aftermath, and the possibility of healing.

Cara Hoffman is the author of the critically acclaimed 2011 novel So Much Pretty. She grew up in northern Appalachia, where she dropped out of high school to work full time. Hoffman spent three years travelling and working as an agricultural labourer in Europe and the Middle East. She returned to the US, had a baby and found a job delivering newspapers which eventually led to work as a reporter covering environmental politics and crime. She has been a visiting writer at St. John's, Columbia and Oxford, where she lectured on Violence and Masculinity for the Rhodes Global Scholars Symposium. Hoffman lives in Manhattan and teaches writing and literature at Bronx Community College.
No Review Found