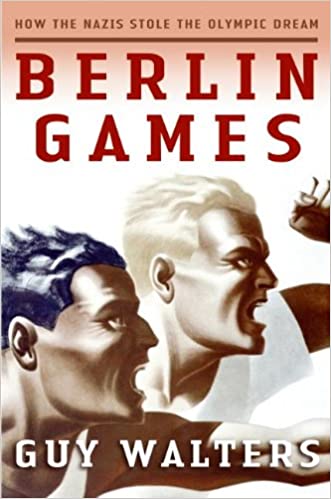 Berlin Games: How the Nazis Stole the Olympic Dream

In 1936, Adolf Hitler welcomed the world to Berlin to attend the Olympic Games. Visitors from all over the globe came to see not only a magnificent sporting event, but also a showcase for the newly rebuilt Germany. No effort was spared to present the Third Reich as the world's newest power. Swastikas fluttered next to the Olympic rings from the balconies of freshly painted buildings. Butter was hoarded weeks in advance in order to convince visitors that there were no shortages. There was even a pause in the implementation of anti-Semitic measures. But beneath the surface, the Games of the Eleventh Olympiad of the Modern Era came to act as a crucible for the dark political forces that were gathering to threaten the world.

Guy Walters is the author of The Traitor, The Leader, The Occupation, and The Colditz Legacy, all of which were bestsellers in the U.K., and coeditor of The Voice of War, an anthology of World War II memoirs. A regular contributor on historical subjects for the Daily Mail, Walters was a journalist for The Times (London) for eight years, where he worked as a feature writer and commissioning editor. He is married to the author Annabel Venning and they have two children.
No Review Found