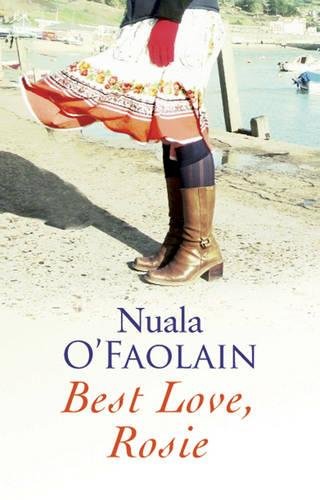 Having lived abroad for many years, Rosie decides that it's time to return to Dublin to look after her ageing aunt Min. Nothing much has changed in the area where Rosie grew up, and Min's increasing lack of interest in life begins to sap Rosie's spirit. While flicking through some self-help books looking for ways to distract Min, Rosie gets the idea to write an inspirational book for the middle-aged. Since her only contact in the world of publishing is her friend Markey who lives in New York, Rosie decides to put Min in a temporary care home while she travels to the United States to seek Markey's advice.

Nuala O'Faolain (1940-2008) was an Irish writer, journalist and broadcaster. She was a columnist for The Irish Times, and she has published two volumes of memoir, Are You Somebody? and Almost There, and two novels My Dream of You and The Story of Chicago May. The latter won the Prix Femina in 2006. Best Love, Rosie, her last novel written before her death in 2008 will be published by Arcadia in June 2009.
No Review Found