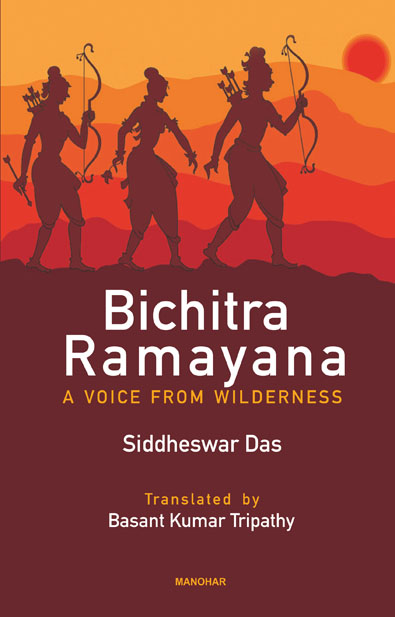 Bichitra Ramayana: A Voice from Wilderness

The first-ever Ramayana to be written in a regional language, the Bichitra Ramayana claims a special place in the larger tradition of Ramayana writing as much for its independent retelling practice as for its indigenous, secular distinctiveness. Originally written in Odia in the mid-fifteenth century by Siddheswar Das (later known as Sarala Das), it owes its origins to the ‘Uttarakanda’ of Valmiki Ramayana. Its great departure and divergence from the master text shows that it has an agenda and politics of its own, demonstrated so powerfully that it makes the original invisible.

Rich with folklore and legends and composed in the oral tradition, the Bichitra declares itself as a text for the layman. The voice of the common people supercedes the voice of the wise; the natural replaces the rational; the religious paradigm is substituted by a secular identity, and the mind is overtaken by the heart.

The chief attraction of the Bichitra is the issue related to the position of women in a patriarchal society and the relationship between the two sexes. Siddheswar offers them freedom on a silver platter. He makes Sita the central character who is not merely a moral or socio-cultural touchstone. He fills the cowherd woman with courage to fight for her individual liberty, even if it leads to licentiousness. He allows Kausalya to rebuke Rama harshly for his misdemeanour.

Written by a Shudra poet with an humble background and no formal education, the Bichitra Ramayana is a classic of Odia literature.

Siddheswar Das, later known as Sarala Das, lived and wrote during the fifteenth century in Odisha. Bichitra Ramayana is important not only as one of the earliest instances of vernacular epic but also because of its innovativeness in terms of characterization and plot. The composition is, as acknowledged by the pet, inspired by Valmiki’s Ramayana, yet, in the hands of the poet, gains a district Odia character.

Basant Kumar Tripathy is an academician, poet and translator. He has co-translated Phakirmohan Senapati’s autobiography, Atmacharita and two of his novels, Lachhama and prayaschitta. His other works of translation include Tika Gobindachandra (2015), Mathuramangala (2016) and Huma-Bimaleswar (2017). He has also published two anthologies of Odia Poems.
No Review Found