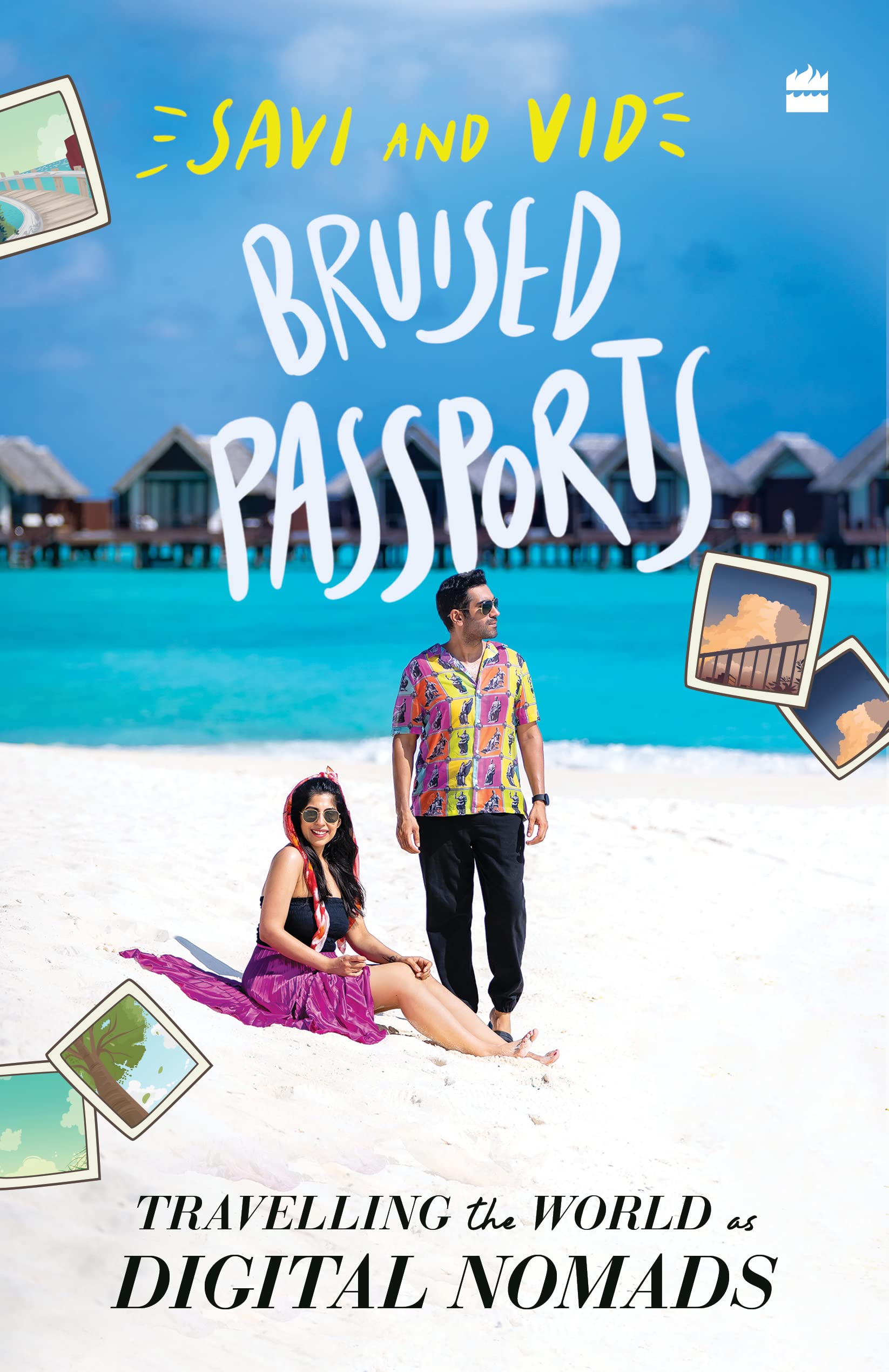 As young kids, SAVI and VID, as they are popularly known to their followers, dreamt of travelling the world together. In 2013, they turned this dream into reality with the launch of their travel blog, BRUISED PASSPORTS. And now, countless flights, dreamy destinations and beautiful pictures later, the OG couple of travel has decided to reveal the secret of their carefree and footloose life.

But this isn't just a book filled with dreamy stories of travel, people and culture; in these pages, Savi and Vid share their insights on how you, too, can live a life full of memories, adventure and the excitement of discovering a new place. With tips, plans and advice inspired by the hurdles and successes they have faced, Savi and Vid tell you how to be successful digital nomads in a post-pandemic world. From financial planning to, risk analysis, to taking that leap of faith, to how to create a brand of your own, BRUISED PASSPORTS promises to be a treasure trove for anyone who wants to take the plunge and set off on a journey to live life on their own terms.

Savi and Vid created Bruised Passports in 2013. Over the years, they have garnered a loyal following of viewers who follow their travels around the world through their beautiful photographs. Their work has appeared in a number of magazines, newspapers, and online portals such as BBC Good Food Magazine, National Geographic Traveller and The Huffington Post, to name a few. They have also appeared in a number of TV shows on Discovery Channel, TLC Asia and NDTV Travel.