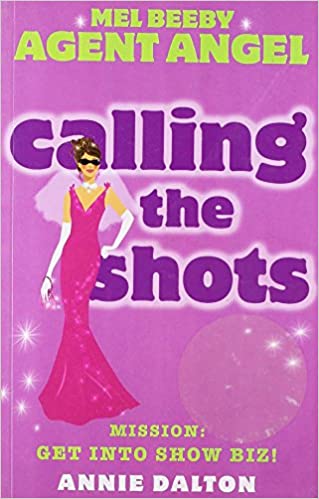 Feisty Mel the trainee time-travelling angel is back for her fourth adventure! And this time, it’s1920s Hollywood that needs her special touch… New-look cover for an angelic series rebirth!

Mel gets the Call – a strange out-of-body experience which tells Angel Academy students that they are ready for their first guardian angel module. At first, it seems like a suitably fluffy assignment – the America of the 1920s, full of flappers and limos, jazz and silent movies. But Mel’s got her hands full when she has to look after Honesty Bloomfield, a sullen, withdrawn girl who is travelling across America with her family. They are bound for Hollywood – the city of dreams, or nightmares?

Annie Dalton has written many books, including the award-winning The After Dark Princess and the Carnegie Medal shortlist The Real Tilly Beany. She is the author of the hugely successful Agent Angel series, which has been sold to several countries, including the USA , and which has been optioned as a film by Disney. Annie lives in Norfolk. She has three children, who helped inspire the Angels series, and two grandchildren.
No Review Found
More from Author