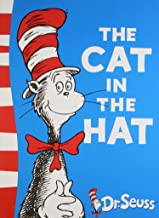 Cat in the Hat,The:Green Back Book

5
0%
0
4
0%
0
3
0%
0
2
0%
0
1
0%
0
The Cat In The Hat begins on a rainy day when two siblings, Dick and Sally, are left alone in the house. They are bored and have nothing interesting to do to pass their time. However, their monotony is broken when a cat springs up from nowhere. This cat behaves like a human and has a signature style. He wears a white and red-striped hat, a red bow-tie and carries a blue umbrella. He changes dull moods to wacky ones and cheers up the children. The cat is full of fun ideas and leaves no stone unturned in entertaining the children. In this process he also ends up turning the house upside down. The Cat In The Hat is a humorous book meant for children. Through his unique writing style, the author makes sure that children of different ages and abilities are able to read and enjoy the story on their own. There are a lot of rhymes in this book for this purpose. The Cat In The Hat was published by UK Children's in 2010 and is available in paperback. Key Features More than 11 million copies of this book have been sold worldwide. This book has been translated into 12 languages.