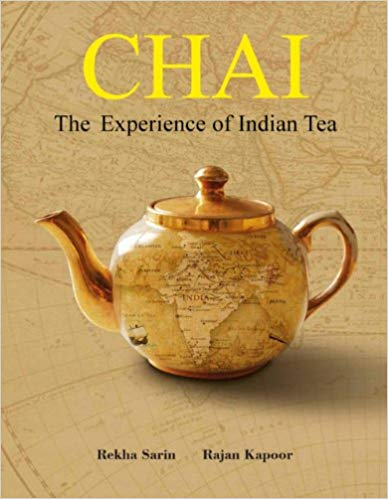 Chai: The Experience of Indian Tea

Chai—The Experience of Indian Tea is a journey into the heartlands of tea, across the length and breadth of India, offering a glimpse into the making of the cup that cheers—the locales, the people, the process—a visual treat for the tea connoisseur, the casual tea-lover, the tea industry enthusiast, the tourist. The repertoire of teas offered by India is vast and varied. The geographical spread and climatic variations impart distinct characteristics to the tea. Tea from a region depicts characteristics unique to the region—Assam, Darjeeling, Nilgiris, Kangra valley, etc.The book portrays this remarkable feature tracing the journey of the tea leaf from the bushes to the brew covering the entire spectrum of the tea industry through well-knit text and eye-catching photographs. An impassioned endeavour to draw the reader into the true magic of tea that reflects the marvel of nature, human perseverance and intelligence.

Rajan Kapoor has been conferred with several national and international awards for photography, including the Commonwealth Photographic Award for environment, the National Wildlife Photographer Award and the National Award on the theme of literacy. He has held several solo shows including the ones at National Centre for the Performing Arts (NCPA), Mumbai and Jehangir Art Gallery, Mumbai. He was part of the five-member Jury appointed by Government of India to judge the National Art Awards, 2012. A successful industrialist with a wide range of interests in nature, environment, art, music and sports, he has excelled in every field. He conce tualised and shot his first coffee table book on Brahma’s Pushkar, which received much appreciation.

Rekha Sarin is a Delhi-based freelance writer and a contributing editor, writing for leading Indian magazines and newspapers, as well as for overseas journals, on subjects of travel, culture and interior design. A graduate from the University of Delhi, she qualified with a gold medal from the Bharatiya Vidya Bhavan, School of Journalism, and is the recipient of the Times of India gold medal. An inveterate lover of nature, she is also a professional floral decorator and her first book, on the art of flower arrangement was well acclaimed for its lucid style of presentation. This is her second book.
No Review Found