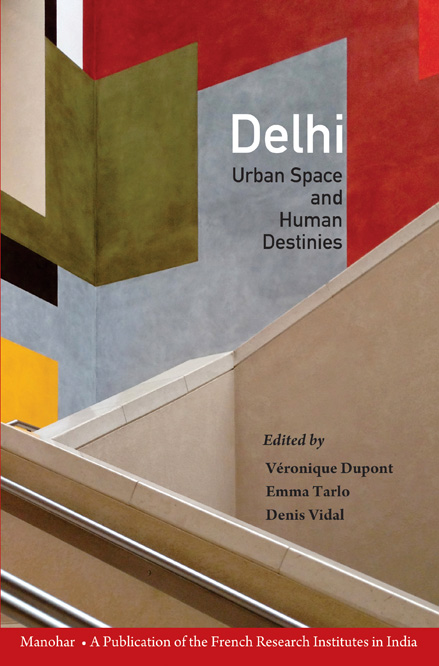 Beyond its monuments, bureaucracy and pollution, there lies a Delhi which is at once more complex, intriguing and, at times, disturbing. This book is not a history of the capital, but rather an attempt to trace the ever-changing relationship`s between people, power and place in contemporary urban life. It reveals a city shaped as much by migrants, businessmen, slum dwellers, politicians and conservationists as by architects and rulers.

Bringing together the work of Indian and European academics and activists working in the domains of anthropology, demography, geography, architecture, photography, history and political science, this book would be of interest to anyone keen to move beyond stereotyped representations of India’s capital city.

Veronique Dupont is a Research Fellow in economic-demography at the French Institute of Research and Development (IRD, Paris), and a member of the French Centre for the Study of South Asia (CEIAS, Paris). Her recent publications include Decentralized Industrialization and Urban Dynamics. The Case of Jetpur in West India (New Delhi: Sage, 1995).

Emma Tarlo is a Lecturer in Social Anthropology at Goldsmiths College, University of London. Her recent publications include Clothing Matters: Dress and Identity in India (Delhi: Viking, London: Hurst and Chicago: University of Chicago Press, 1996) and Unsettling Memories: Narratives of the Emergency in Delhi (Hurst & Co., London, 2003).

Denis Vidal is a Research Fellow in Social Anthropology at the French Institute of Research and Development (IRD, Paris) and an Adjunct Fellow of the CSDS. He teaches South Asian Studies at Paris University (Paris VII). His recent publications include: Violence and Truth: A Rajasthani Kingdom Confronts Colonial Authority (Delhi: OUP, 1997) and Webs of Trade: Dynamics of Business Communities in Western India, edited with Ph. Cadene (Delhi: Manohar, 1997).
No Review Found