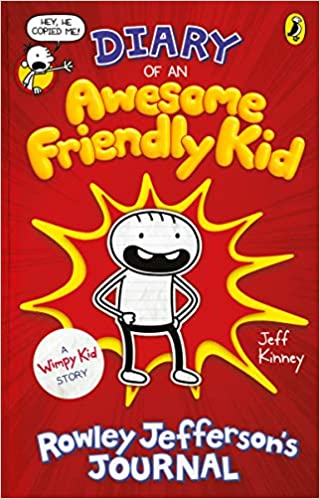 Diary Of An Awesome Friendly Kid

5
0%
0
4
0%
0
3
0%
0
2
0%
0
1
0%
0
Introducing the newest Wimpy Kid author - Rowley Jefferson! Rowley's best friend Greg Heffley has been chronicling his middle-school years in thirteen diary of a Wimpy Kid journals... And counting. But it's finally time for readers to hear directly from Rowley in a journal of his own. In diary of an awesome friendly kid, Rowley writes about his experiences and agrees to play the role of biographer for Greg along the way. (After all, one day Greg will be rich and famous and everyone will want to know his life's story.) but Rowley is a poor choice for the job and his 'biography' Of Greg is a hilarious mess. Diary of an awesome friendly kid: Rowley jefferson's journal offers readers a new way to look at the Wimpy world - one fans won't want to miss! The opening of diary of an awesome friendly kid will originally be published as the world book day 2019 title diary of Greg Heffley's best friend. Diary of an awesome friendly kid, publishing 9th April, will contain and expand on the story and characters from the world book day title, allowing readers to see even more of the Wimpy Kid world through rowley's eyes.