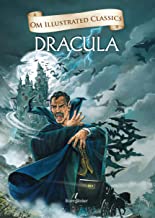 5
0%
0
4
0%
0
3
0%
0
2
0%
0
1
0%
0
The Last o fthe Mohicans is a fast paced thriller, set in the eighteenth century against the backdrop of a fierce French and Indian War on American soil. The story follows the brave scout Hawkeye and his companions as they weave through the spectacular forest frontier of western New York, fighting to save the two daughters of a fort commander from the treacherous Le Renard. The battles are cold-blooded with weak allegiances, devastating betrayals and few trustworthy men. The journey through the tough terrain of America shows that even in such horrid environment, feeling of brotherhood, friendship and love do prevail.