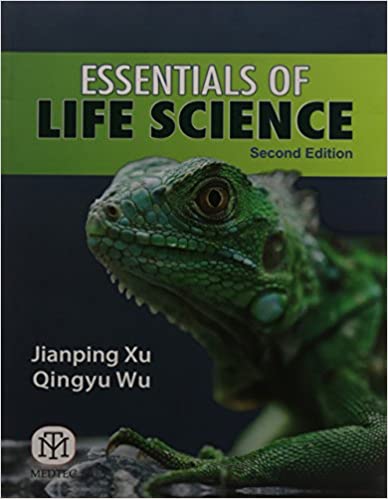 The book Essentials of Life Science is designed to center to the needs of those who want to know more and more about  Life Science. The book consists of 12 chapters. The colourful illustrations provide a lucid explanation of life and life sciences, the chemical basis of life, the cell as the basic structural unit of living organisms, energy and metabolism, the laws and molecular basis of inheritance development, evolution plants and their structure and function, animals, their structure and function, human health and diseases, andbiotechnology and the future of humanity. The broad array of innovative print and technology resources, Life Science helps to teachers differentiate and accommodate all learners. Life offers balanced experimental coverage; this second edition has beenupdated with the latest scientific research, a new contemporary design and cutting-edge teaching and learning support to engageand encourage learning and revision. It should serve as an ideal textbook for the understanding of the subject.

Jianping Xu received a Bachelor’s degree in Agronomy from Jiangxi Agricultural University a Master’s degree in Agricultural Microbiology from Nanjing Agricultural University and a Ph.D degree in Population Genetics and Evolution from University of Toronto in Canada (1997). Following 3.5 years of Postdoctoral training at Duke University in North Carolina, USA, he moved to the Department of Biology at McMaster University in Canada to become an independent investigator. He is currently an associate professor and his research focuses on understanding how microbes evolve. He has (co-) authored over 40 peer-research papers, 7 book chapters, and is editing a book titled Evolutionary Genetics of Fungi. He is the recipient of an Ontario Premier’s Research Excellence Award (2002-2007) and the Young Investigator’s Award of the Genetics Society of Canada (2005). His non-scientific interests include running, soccer, swimming and gardening.