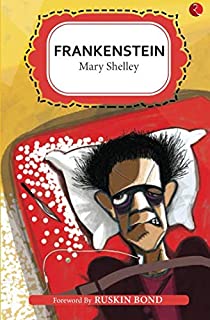 5
0%
0
4
0%
0
3
0%
0
2
0%
0
1
0%
0
Frankenstein is the story of an eccentric scientist Victor Frankenstein and his creation. Victor undertakes an unconventional experiment, succeeds in creating a living being but with horrifying results. Written by Mary Shelley when she was young, this story is the first science-fiction novel to achieve cult status and is a bone-chilling read. Victor Frankenstein, born into an affluent Swiss family, seeks knowledge and goes on to explore new fields in science. He ends up creating a ghastly being and hastily abandons it. But his creation, longs for his companionship. The creature is feared and hated by everyone because of its monstrous appearance. It is soon filled with hatred for his creator when he realizes why he is abhorred by the society. He then decides to seek him with terrible vengeance and things go spiraling down from there. This conflict between the creator and his creation and its irrevocable consequences form the central theme of Frankenstein.