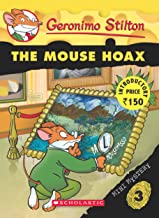 5
0%
0
4
0%
0
3
0%
0
2
0%
0
1
0%
0
I had been invited to an exhibition of the painter Pablo Mousehassoâ€™s artwork. He was the most famous painter on Mouse Island, so I was excited to meet him. He even offered me an exclusive interview. Little did I know that his paintings hid a secret. Would my friends and I be able to uncover it?