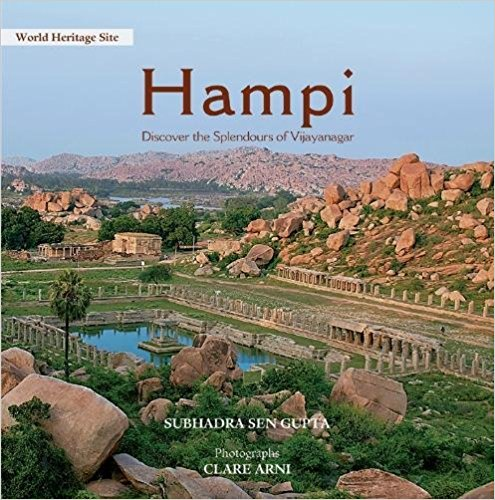 Hampi: Discover the Splendours of Vijayanagar

Hampi is one of the greatest heritage sites in India. It has not merely temples or palaces but the remains of a complete medieval city—the magnificent Vijayanagar. There is an exquisite collection of monuments that lie scattered across a picturesque landscape. Founded in the 14th century, the kingdom of Vijayanagar thrived for three hundred years. It was one of the greatest cities of the medieval world, legendary not just for its wealth and military prowess but also for its art, architecture, crafts and culture. Some of the finest architecture and sculpture can be seen at Hampi. It is one of the World Heritage Sites of the UNESCO. Once traders and adventurers across the globe came to Vijayanagar, but in the 16th century the city was sacked by invaders, abandoned by its people, and it never rose again. Today as travellers and pilgrims wander through its beautiful palaces and temples, it seems that the world has returned to Hampi once again.

Subhadra Sen Gupta touches upon various aspects of Indian history and culture in her fiction and travel writing. She captures the vibrant people, places and history of India.

Clare Arni is a Bangalore-based photographer and specialises in architecture, travel and documentary photography. She has worked with UNESCO, Wall Street Journal, Wallpaper City Guides and Conde Nast and her work has been exhibited across the world.
More from Author