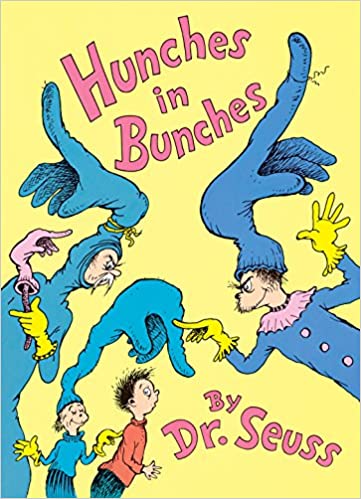 What’s a person to do when there is so much to do? Dr. Seuss adds his signature spin to the age-old dilemma of indecisiveness in his rhyming picture-book classic Hunches in Bunches. Go outside, play video games, eat a pizza, do homework? Whether you have a “four-way hunch,” a “nowhere hunch,” or an “up hunch,” Dr. Seuss and his unmistakable one-of-a-kind advice will ensure that readers of all ages won’t get “ga-fluppted.”