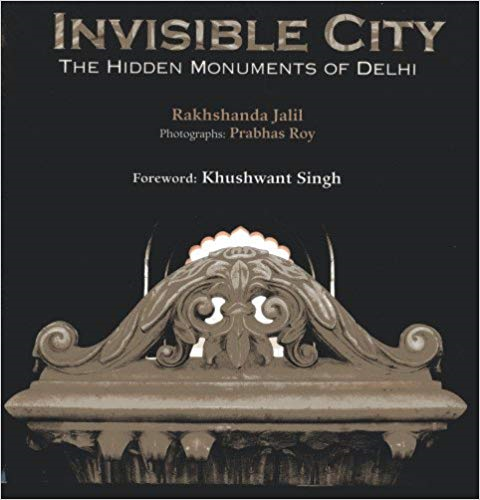 5
0%
0
4
0%
0
3
0%
0
2
0%
0
1
0%
0
There is no denying that Delhi is unique. What sets it apart is the multitude of historic ruins that are a part of the cityâ€™s landscape. Neophyte New Delhi has been quick to discard most of them on the rubbish heap of history, choosing to validate a bare minimum with a name, an identity and a place of visibility. Where it was possible to make the law look the other way, many of these monuments were razed to the ground to make way for development. Regarded as no more than inconvenient piles of rock, many have been pulled down, built upon, built around. Invisible City: The Hidden Monuments of Delhi explores this other Delhiâ€”the little-known, seldom-visited, largely unheard of Delhi, the Delhi that has been rendered almost invisible.

Rakhshanda Jalil writes on issues of literature, culture and heritage. She has published over 15 books, which includes two edited collections of short stories, Urdu Stories and a selection by Pakistani women called Neither Night Nor Day; two co-authored books with Mushirul Hasan, Partners in Freedom: Jamia Millia Islamia (Niyogi Books, 2006). She was co-editor of Third Frame, a journal devoted to literature, culture and society brought out by the Cambridge University Press. She has published six works of translations; the latest being Naked Voices & Other Stories by Saadat Hasan Manto; Panchlight and Other Stories by Hindi writer Phanishwarnath Renu. She runs an organization called Hindustani Awaz, devoted to the popularization of Hindi-Urdu literature and culture.
No Review Found
More from Author