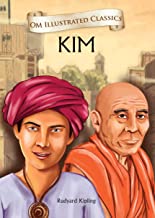 5
0%
0
4
0%
0
3
0%
0
2
0%
0
1
0%
0
This is the story of one of the most magical legends, that of King Arthur and his noble knights of the Round Table. It all begins when young Arthur meets the wise Merlin and fulfils his destiny, by easily extracting a charmed sword that none could lift,and becoming King of the land. Read about the fascinating adventures of King Arthur and the valiant Knights of the Realm as they set forth on their quest for the Holy Grail, right until the Last Battle.