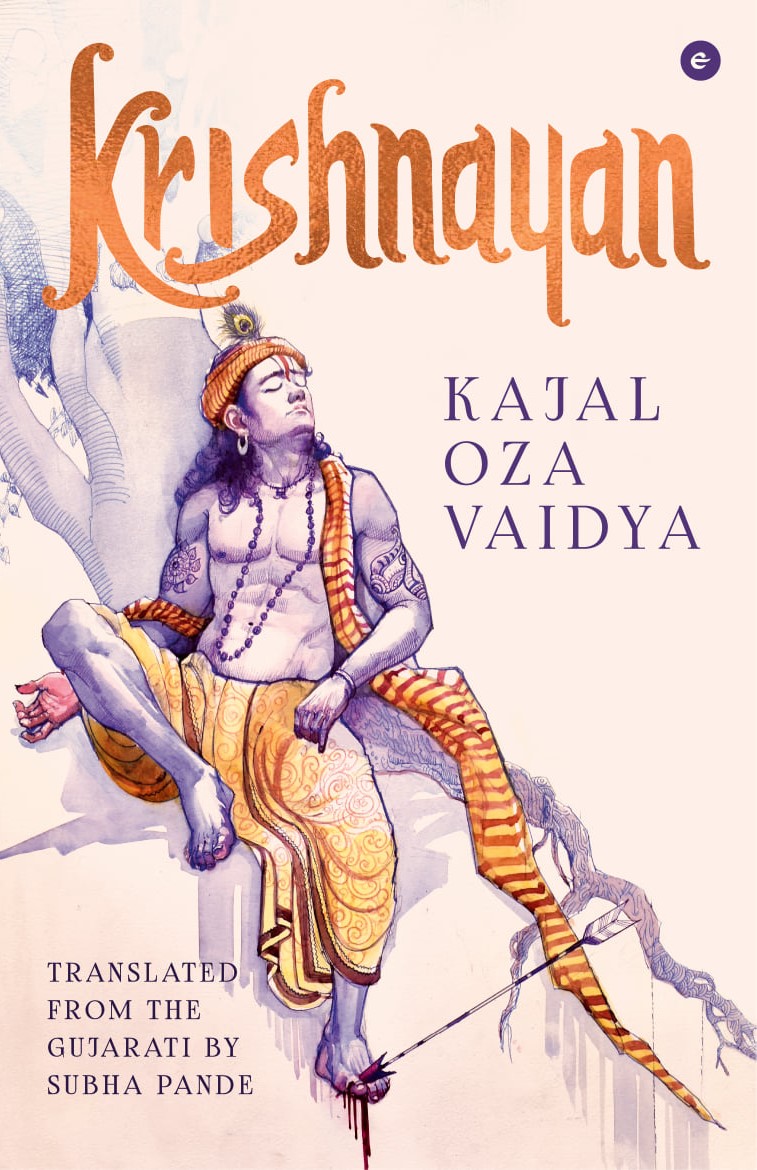 ‘You will suffer a beastly death—die lonely, helpless and aggrieved.’ Gandhari’s curse has come true. Near the confluence of the Saraswati, Kapila and Hiranya rivers, Krishna lies under an Aswattha tree, fatally wounded by Jara’s arrow. In his final moments, he reminisces about his time in the mortal world, and the women in his life appear before him. The self-assured, erudite royal consort Rukmini, the most precious of his 16,008 wives, asks him why he is embarking upon moksha alone when she was a fellow traveller on his journeys through dharma, artha and kama. Satyabhama, who came into his life carrying the Syamantak diamond in her trousseau, and dazzled him with her beauty and charm, grapples with the meaning of their marriage. Draupadi, his friend and confidante, is eager to know if Krishna ever desired her romantically. And Radha, one with Krishna in heart and soul, although she is another man’s wife, prepares again to free him of all ties, like she did when he had left Gokul. Kaajal Oza Vaidya’s Krishnayan, stitched together with what these four extraordinary women meant to Krishna, is at once vivid and intense and also tender, but not for a moment weighed down by sentimentality. Indisputably the biggest bestseller of all time in Gujarati literature— having sold over 200,000 copies and gone into more than twenty-eight editions—it is a finely wrought portrait of a mortal God who is said to be the all-embracing consciousness of the universe itself.

Kaajal Oza Vaidya is a prolific writer and orator, actor and model, teacher and social worker. Her columns are widely read amongst the Gujarati readers. In a short span of twelve years, she has published eighty books including a gamut of novels, short stories, translations, essays, plays and collections of poems along with many audio books. Some of her notable works are Krishnayan (2006), Yog-Viyog (2007), Draupadi (2011), Madhyabindu (2007) and Maun Raag (2007). Her works have been translated into more than five languages including English. She has travelled across the globe for speaking engagements. She delivers her talks in Gujarati, Hindi and English, on reshaping and transforming public consciousness

Translator Subha Pande has translated Kavita Kane’s bestsellers Sita’s Sister and The Fisher Queen’s Dynasty into Hindi. She works between multiple languages. Her English translation of Girish Kuber’s Yuddha Jeevanche, a Marathi bestseller on biological warfare, will be released in 2021. She has also translated four novellas by iconic Tamil writer Sivasankari into English. They have been released as e-books by Pustaka.