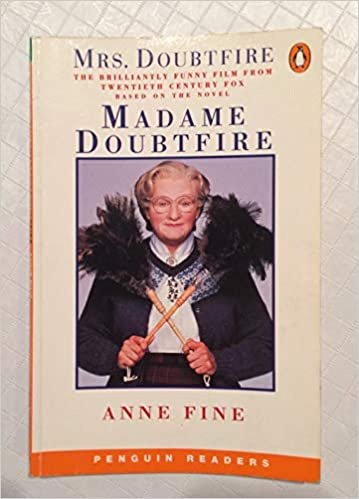 Madame Doubtfire by bestselling author Anne Fine is a wonderfully funny, punchy story about family life. Lydia, Christopher and Natalie are used to domestic turmoil. Their parents' divorce has not made family life any easier in either home. The children bounce to and from their volatile mother, Miranda, and their out-of-work actor father, Daniel. Then Miranda advertises for a cleaning lady who will look mind the children after work - and Daniel gets the job, disguised as Madame Doubtfire.

Anne Fine has written numerous highly acclaimed and prize-winning books for children and adults. The Tulip Touch won the Whitbread Children's Book of the Year Award; Goggle-Eyes won the Guardian Children's Fiction Award and the Carnegie Medal; Flour Babies won the Carnegie Medal and the Whitbread Children's Book of the Year; and Bill's New Frock won a Smarties Prize. Anne Fine was named Children's Laureate in 2001 and was awarded an OBE in 2003.
No Review Found
More from Author