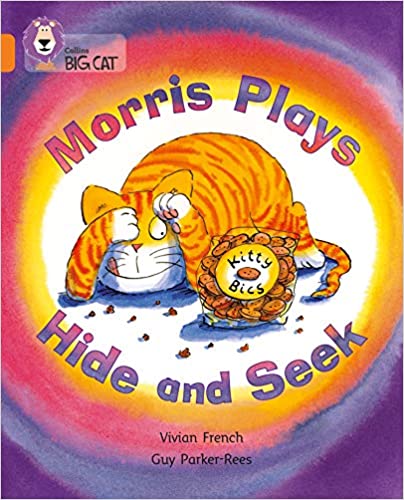 Morris wants to eat his kitty biscuits, but his mother sends him off to play hide and seek instead. When it’s Morris’s turn to hide, he finds the perfect place: the food cupboard, where the kitty biscuits are kept!

Vivian French worked in children’s theatre for ten years before she established herself as a storyteller. In 1988 she began to write for children and has had over 40 books published since them, including her Morris books and two Sleepovers, and the 3rd Century story in Centuries of Stories for Collins. She has travelled from Orkney to Oklahoma talking about children’s books; is a visiting lecturer at the University of the West of England and reviews for the Guardian.