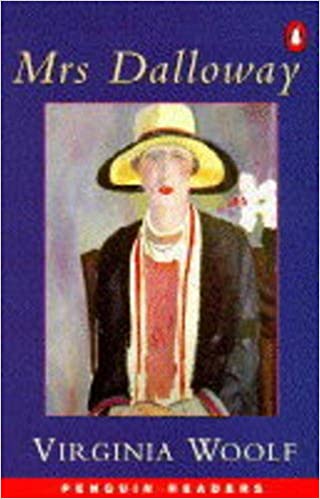 Virginia Woolf (Adeline) 1882-1941, was the daughter of Sir Leslie Stephen and his second wife, Julia Duckworth. Most of her early education was provided by her parents at their Hyde Park Gate home. After her father’s death in 1904, Virginia moved to 46, Gordon Square, Bloomsbury, with her sister Vanessa and her brothers Thoby and Adrian. Virginia’s new house was the original meeting-place of the famous literary group ‘The Bloomsbury Group’ which included people like Leonard Woolf, Lytton Strachey, D. Grant, E.M. Forster, J.M. Keynes and Virginia herself along with her brothers and sister Vanessa Bell formed the nucleus of the group. In 1905 she began to write for the Times Literary Supplement, a connection which lasted almost until her death. She married Leonard Woolf in 1912 and completed her first novel, The Voyage Out in the same year, which was published in 1915. She had meanwhile experienced one of the bouts of acute mental breakdowns from which she had suffered since her mother’s death in 1895. Virginia and Leonard Woolf founded The Hogarth Press in 1917 and published their first book titled Two Stories (‘The Mark on the Wall’ by Virginia and ‘Three Jews’ by Leonard) and later on published most of the Virginia Woolf’s major works as well as works by other literary writers of that time like T.S. Eliot, E.M. Forster and Katherine Mansfield as well as the earliest translations of Freud. After her first novel, The Voyage Out (1915), she worked through the transitional Night and Day (1919) to the highly experimental and impressionistic Jacob's Room (1922). From then on her fiction became a series of brilliant and a fresh way of presenting the relationship between individual lives and the forces of society and history. Many of her experimental techniques (such as the use of stream consciousness or interior monologue) have been absorbed into the mainstream of fiction. Her novels have been particularly appreciated from the 1970s onwards by the new school of feminist criticism. A Room of One’s Own (1929), with its still more radical sequel, Three Guineas (1938) are now established feminist classics. Her major novels include Mrs Dalloway (1925), the historical fantasy Orlando (1928), the extraordinarily poetic vision of The Waves (1931), the family saga of The Years (1937) and Between the Acts (1941). She was also a literary critic and journalist of distinction. She was also a tireless letter-writer and diarist. Her critical essays were published in several collections, including The Common Reader (1925; second series, 1932), The Death of the Moth (1942), The Captain’s Death Bed (1950) and Granite and Rainbow (1958). A volume of short stories, A Haunted House (1943) collects earlier stories and some not previously published. Her letters, edited by Nigel Nicolson and J. Trautmann in six volumes (1975-80), are a dazzling, at times malicious evocation of a world of literary and social friendships and intrigues, with a cast list that includes Strachey, the Sitwells, Ottoline Morrell, R. Fry and many others associated with Bloomsbury Group. Her diaries, edited in five volumes by Anne Olivier Bell and A. McNeillie (1977-84), show an invaluable picture of her creative method. In March 1941 Virginia Woolf had the final attack of mental illness which drove her to suicide; she filled her pockets with stones and drowned herself in the River Ouse near her home at Rodmell in Sussex.
No Review Found
More from Author