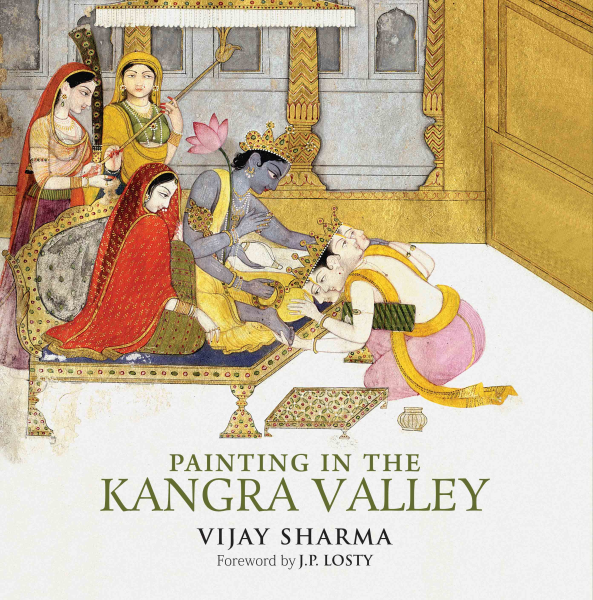 Painting in the Kangra Valley

Painting in the Kangra Valley is an attempt to survey the painting styles of Guler and Kangra, which flourished in the 18th and 19th centuries. The painting activity began with Kashmiri painters, who started receiving royal patronage during the reign of Raja Dalip Singh (1695−1741) of Guler. But it attained culmination during the long reign of Maharaja Sansar Chand (1776−1823) of Kangra. The royal atelier of Kangra produced a large number of paintings covering diverse subjects. The advent of the Bhakti movement in north India had a tremendous impact, resulting in a preference for Krishna themes for the artists of Guler and Kangra.

The sentiment of love is the main subject of Guler-Kangra paintings. They illustrate the finest specimens of various kinds of nayika described by the Hindi poets of the riti genre. The female figures seen in these paintings are depicted as graceful and beautiful idealisations, handled by the painters with utmost delicacy and tenderness.

Vijay Sharma’s analytical approach, based on facts, gives new insights into the origin and development of the Guler school and the marked influence of later Mughal painting on the styles of Manaku and Nainsukh. Featuring more than 160 images this book is a significant read for researchers as well as connoisseurs.

Vijay Sharma is an art historian and art critic. He is widely recognised as a fine miniature painter and has travelled extensively in India and abroad, giving lecture demonstrations on the techniques of Pahari painting.His keen interest in riti genre of Hindi poetry and Indian classical music helps him understand the nuances of Ragamala paintings. He has co-authored several books and research articles, the notable ones being The Temple of Devi-Kothi; Love for Pleasure; Vision of an Enlightened King (ed.); Pahari Paintings of an Ancient Romance: The Love Story of Usha-Aniruddha and Painted Words: Kangra Paintings of Matiram’s Rasraj. He has also written Kangra ki Chitrankan Parampara (in Hindi).