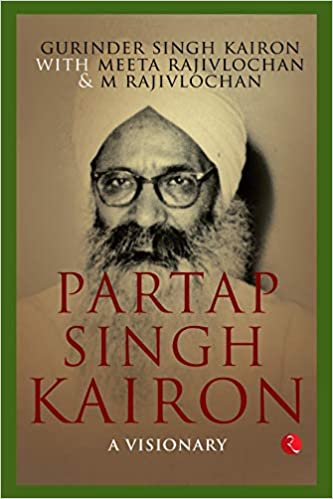 Punjab not only bore the brunt of Partition, but the state’s economy was also left in ruins. This was the time when one man helped the state emerge from the ravages of death and destruction Partap Singh kairon. He steered Punjab away from the confused times after Partition and reined in divisive forces that threatened to divide the state yet again. He succeeded in getting different communities to work together and brought stability to a volatile region. Kairon combined both vision and administrative acumen to transform Punjab into the grain bowl of the country as well as one of the most prosperous states.Kairon was much more than the creator of modern Punjab was a statesman and a visionary. His tragic assassination remains a mystery even today.

Meeta Rajivlochan has held the charge of Additional Director General of Foreign Trade, Department of Commerce, Government of India. She was also Secretary in the Department of Public Health and Department of Finance in Maharashtra. She facilitated the development of clinical guidelines for diagnosis that helped create a learning-based patient-centric model of health care that was adopted for the state health insurance scheme. Currently she is the Member Secretary in the National Commission for Women. She has written extensively on issues of public policy.

GURINDER KAIRON is the younger son of Sardar Partap Singh Kairon. He was thirty-one when his father was assassinated. He has been a keen observer of the politics and society of Punjab for over five decades.
No Review Found
More from Author