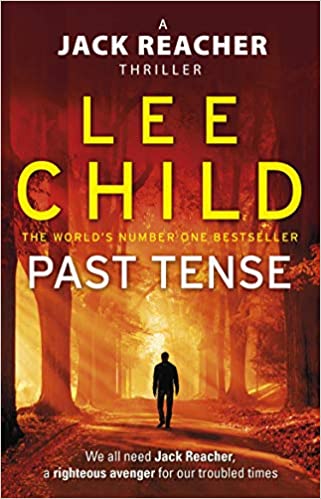 Jack Reacher never looks back. Until now. the most hotly anticipated paperback thriller of the year follows our hero Jack Reacher on a quest into his father's past and climaxes in the most blood-curdling ticking time bomb of an adventure yet. The present can be tense. A young couple trying to get to new York City are stranded at a lonely motel in the middle of nowhere. Before long they’re trapped in an ominous game of Life and death. But the past can be worse. meanwhile, Jack Reacher sets out on an epic road trip across America. He doesn't get far. Deep in the new England woods, he sees a sign to a place he has never been - The town where his father was born. But when he arrives he is told no one named Reacher ever lived there. Now he wonders: who’s lying? As the tension ratchets up and these two stories begin to entwine, the stakes have never been higher for Reacher. that’s for damn sure.

Lee Child is the author of twenty-one New York Times bestselling Jack Reacher thrillers, twelve of which have reached the #1 position. All have been optioned for major motion pictures—including Jack Reacher (based on One Shot) and Jack Reacher: Never Go Back. Foreign rights in the Reacher series have sold in one hundred territories. A native of England and a former television director, Lee Child lives in New York City.