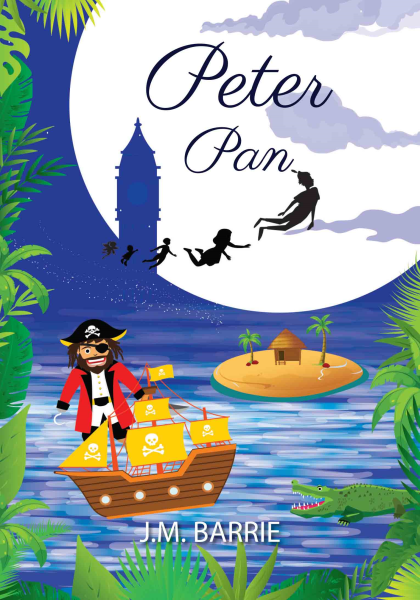 Peter Pan is a delightful children’s adventure and fantasy that takes readers to the island of Neverland, with a mischievous boy who can fly. There they meet unforgettable characters such as the notorious Captain Hook, the fairy Tinker Bell and a crocodile that has swallowed an alarm clock, along with pirates, Native Americans, fairies and mermaids.

The characters of Wendy and her brothers who accompany Peter Pan on his magical journey to Neverland, where they display friendship and courage, and then return to the real world are relatable and inspirational for young and old alike. This edition includes timelines of the author’s life and original year of publication, which provide the literary, historical and cultural context of the book.

Sir James Matthew Barrie (1860–1937) was a Scottish novelist and playwright, who is known for works such as The Admirable Crichton and The Little White Bird. He moved to London, where he met the Llewelyn Davies boys, who inspired him to write Peter Pan. Barrie unofficially adopted the Davies boys after their parents passed away. Before his death, Barrie gave the rights to the book and play versions of Peter Pan to the Great Ormond Street Hospital for Children in London.
More from Author