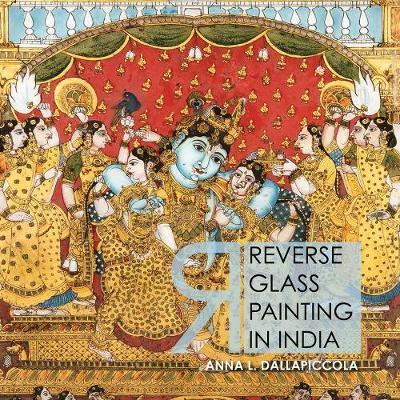 Reverse Glass Painting is a fascinating yet comparatively unknown facet of Indian art that flourished in the mid-19th century. Created by Chinese and Indian artists, these ‘exotic’ paintings in luminous colours were much favoured by royal patrons, and also by prosperous landowners and city merchants in colonial India. The themes ranged from portraits of rulers, their families, nobles, dancers and courtesans, to landscapes and a wide variety of religious subjects drawn from the Puranas and the Epics. Many of the portraits depict western style settings and offer a charming insight into the tastes and lifestyle of the western-educated urban elite in mid-19th and early 20th century India. Over a 100 colour images highlight the rare gems of reverse glass painting from numerous private collections in India.

Professor Anna L. Dallapiccola has a Ph.D in Indian Art History and a Habilitation (D.Litt.) from University of Heidelberg, Germany. She was Professor of Indian Art at the South Asia Institute of Heidelberg University from 1971 to 1995 and then appointed as Honorary Professor at Edinburgh University in 1991. She lectures at the School of Oriental and African Studies, London. From 2000 to 2004 she was Visiting Professor at De Montfort University Leicester.

Among her latest publications are Catalogue of South Indian Paintings in the Collection of the British Museum (2010), The Great Platform at Vijayanagara (2010), Indian Painting: The Lesser Known Traditions (2011) and Kalamkari Temple Hangings, a study of the collection in the V&A (2015).

She has at present two concurrent research programmes in India, the first on the art of the Vijayanagara successor states and the second on the Virabhadra temple at Lepakshi.