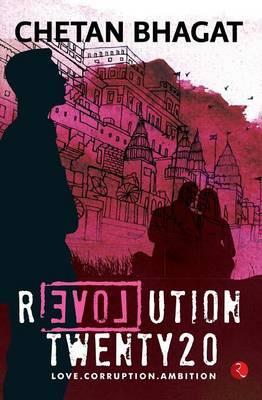 5
0%
0
4
0%
0
3
0%
0
2
0%
0
1
0%
0
In Revolution Twenty20, Chetan Bhagat explores the lives of three close friends from Varanasi, set against the backdrop of India's corrupt political system. Gopal and Raghav are the best of friends. Although they hail from completely different family backgrounds they share a common passion for success and realizing their dreams in life. Gopal's family has been caught up in a never-ending property dispute and he aspires to come out the mess and amass a lot of wealth, Raghav, on the other hand, desires to bring about a revolution in the system and do something significant for the society. Their lives take a surprising turn when both of them fall in love with their mutual friend, Aarti. Gopal gives in to the corrupt system but Raghav tries to set things right. This situation turns the friends against each other. Will Raghav be successful in bringing about a social change or will he succumb to his desires like Gopal? Who will Aarti choose to spend the rest of her life with? Revolution Twenty20 will make for a riveting read for all Chetan Bhagat fans.