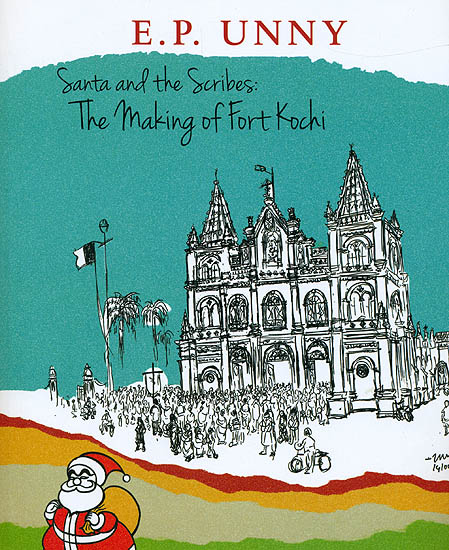 Santa and the Scribes: The Making of Fort Kochi

5
0%
0
4
0%
0
3
0%
0
2
0%
0
1
0%
0
Few countries and continents tell more stories than this tiny town––of Chinese sailors, Arab traders, Jewish merchants and European conquests––set against a backdrop all of one square mile, chronicles that clash as vehemently as the protagonists once did. Captured here are 135 sketches and a commentary that navigates you as you walk across half-a-millennium in half-a-day.

E.P. Unny grew up in Palakkad, Kerala. His first cartoon appeared in the legendary Shankar s Weekly in 1972. He began his cartooning career with The Hindu in Chennai in 1977. In 1989 he moved to New Delhi where after a stint with Sunday Mail and The Economic Times, he joined The Indian Express in 1996, where he is Chief Political Cartoonist. He has sketched and written several books and serialised Free India, a graphic novel, in the Sunday Express in 1997, which is an early graphic storyteller in Malayalam. His work has featured at the Asian Cartoonists Conference in Tokyo and at the International Cartoon Festival in Carquefou, France. In 2009, Unny won the Lifetime Achievement Award of The Indian Institute of Cartoonists.
No Review Found