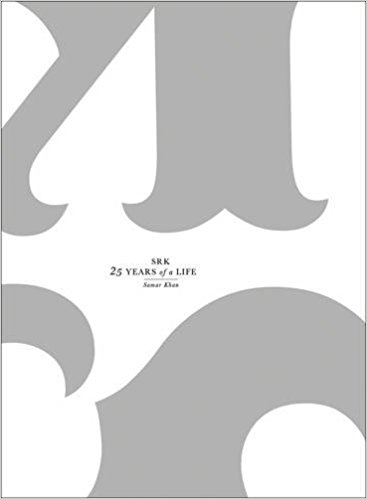 A collection of 30 essays from directors who worked closely with India’s biggest and the most successful super star SRK. These stories offer an intimate and honest picture of Shah Rukh the actor, and how he became SRK the icon. `SRK — 25 Years of a Life’ looks at Shah Rukh through the eyes of the directors who transformed him into unforgettable characters in every film. A deeply personal and professional account of SRK, the actor, as seen by these film-makers, and what makes him a living legend. The design of the book is inspired by the Bollywood hand-painted film posters. These iconic portraits transform paint into living, breathing characters from SRK’s movies.

Samar Khan is a journalist, a film-maker and now an author. He has had a 20-year journey in the world of media and entertainment. Having started his career as a TV journalist with NDTV, Samar has directed two feature films including the critically acclaimed Shaurya and the highly successful documentary Living with a Super Star.