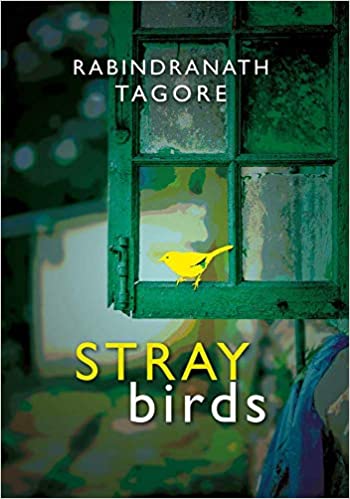 5
0%
0
4
0%
0
3
0%
0
2
0%
0
1
0%
0
Stray Birds, consisting of epigrams and short verses, has two sources. The first source is Kanika (literally, fragments) published in 1899. Most of the verses included in this slender work are epigrammatic in nature and didactic in tone. And all of them can be directly linked with the epigrammatic and didactic traditions of Sanskrit and also of Persian poetry prevalent in nineteenth-century Bengali literature. The second source is more interesting. In 1926, Tagore published a collection of short verses under the title Lekhan. It had two prefaces, one in English and the other in Bengali; and most of the poems included here had two versions, Bengali and English. We have no clue to suggest whether the English version preceded the Bengali or vice versa. Tagore wrote in the Preface: ‘The lines in the following pages had their origin in China and Japan where the author was asked for his writings on fans or pieces of silk.’ Krishna kripalani suggests the possibility of the influence of Japanese Haiku on these poems. Undoubtedly, Tagore’s admiration for Haiku was great. In fact he analysed the famous poem of Basho: ‘A mud puddle/A frog jumps in/splash’, in his travelogue Japan Yatri (Japan-traveller), written in 1916. He found the structure of Haiku a congenial medium to express himself admirably. It should also be mentioned that quite a number of verses in the Stray Birds were prompted by the contemporary political situation, particularly the rise of militant nationalism in the West and in Asia. First published by Macmillan, New York, in 1916, with a frontispiece in colour by Willy Pogany, the book was dedicated to T. Hara of Yokohama, who was the poet’s host in Japan during his first visit there in 1916.