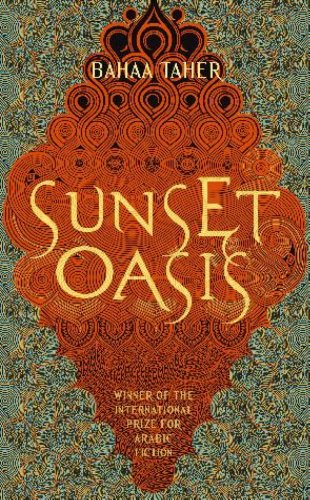 As the 19th century draws to a close, the politically disgraced Mahmoud Abd El Zahir takes up his post as District Commissioner of the remote and dangerous Egyptian oasis of Siwa, knowing he has no choice. The hostile, warring natives are no surprise – but little did he expect to fall in love, his Irish wife to alienate the entire community, or a local beauty to prove a fatal ally. As the gulf between occupier and occupied, husband and wife, dreams and reality widens, tensions reach boiling point.

Bahaa Taher was born in 1935 in Cairo, Egypt. He was active in the country's left-wing literary circles of the 1960s and in the mid 1970s was prevented from publishing his work. After many years of exile in Switzerland, he has recently returned to Egypt, and has received the State's Award of Merit in Literature, the highest honour the Egyptian establishment can confer on a writer. In 2008 he was awarded the inaugural International Prize for Arabic Fiction for SUNSET OASIS.
No Review Found