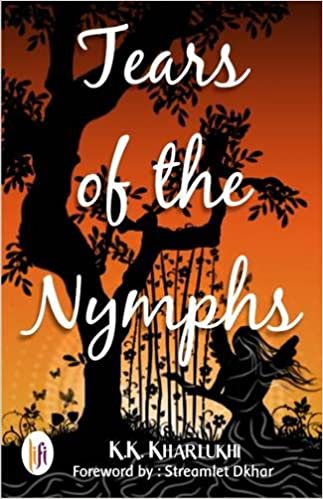 Tears of the Nymphs

When Donkin decided to go live near the Kulong forest, he thought he'd be able to get away from the madding crowd of Shillong. He had no inkling that there are creatures here that were not so human and that he was the only man who would be able to save them from utter destruction.

When the nymphs send an emissary (Deiti) to him, Donkin was smitten by her beauty. It would have been perfect were she an ordinary human being but she was not even human. The plot thickens when Baden, a villainous character came on the scene, hell-bent in destroying the Kulong and claiming Deiti as his prize.

What was the solution to this unenviable situation and would Donkin be able to help save the nymphs?

K.K. Kharlukhi was born and brought up in Shillong. He is one of the well-known Khasi novelists. His works include Novels, Playlets, Short Stories (both in Khasi and English) besides articles and directing documentary films. He is currently the General Secretary of the Khasi Authors Society, a prominent literary organization in Meghalaya and had won the State Literary Award in 2008 for his novel Ka Sympa Tears of the Nymphs is his debut in English fiction.