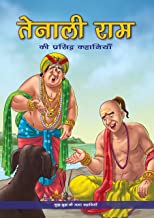 5
0%
0
4
0%
0
3
0%
0
2
0%
0
1
0%
0
Originally, The Adventures of Tintin is a series of comic strips created by the Belgian artist Georges Rémi who wrote under the pen name of Hergé. The series first appeared in French in Le Petit Vingtième, a children’s supplement to the Belgian newspaper Le Vingtième Siècle on 10 January, 1929. The success of the series saw the serialized strips collected into a series of twenty-four albums, spun into a successful magazine and adapted for film and theatre. Set during a largely realistic 20th century, the hero of the series is Tintin, a young Belgian reporter. He is aided in his adventures from the beginning by his dog Snowy.