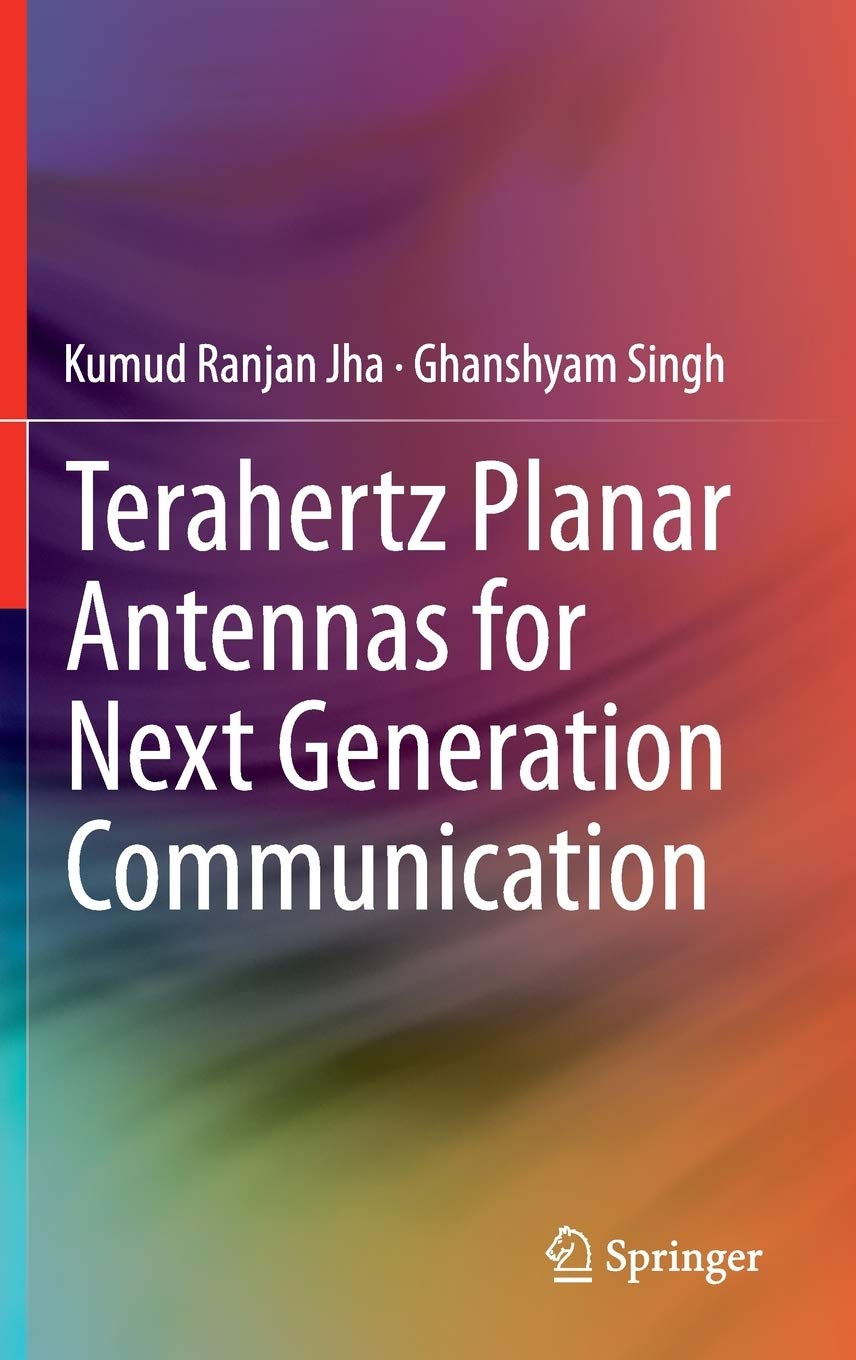 This book describes various methods to enhance the directivity of planar antennas, enabling the next generation of high frequency, wireless communication. The authors discuss various applications to the terahertz regime of the electromagnetic spectrum, with an emphasis on gain enhancement mechanisms. The numerical models of these antennas are presented and the analytical results are supported, using commercial simulators. The multilayer substrate microstrip transmission line at terahertz frequency is also explored and a method to obtain the various parameters of this interconnect at high frequency is described. This book will be a valuable resource for anyone needing to explore the terahertz band gap for future wireless communication, in an effort to solve the bandwidth (spectrum scarcity) problem.

Kumud Ranjan Jha passed the Under-Graduation and Post-Graduation Examinations in the Electronics and Communication Engineering branch in 1999 and 2007, respectively. Since 2007, he is an Assistant Professor in Shri Mata Vaishno Devi University, Katra, Jammu and Kashmir, India, and before joining this University, he has served in the Indian Air Force. In 2012, he was awarded with the Ph.D. Degree from Jaypee University of Information Technology, Solan, Himachal Pradesh, India and subsequently, in the same year while working on the concept of the gain and directivity enhancement of the Planar Terahertz Antennas, he was awarded with the Raman Fellowship for one year for the Post-Doctoral Study in United States of America from the University Grant Commission, Government of India, New Delhi, India. He is also a visiting professor to San Diego State University, California, USA. He has published a number of peer reviewed research articles in the International Journals and Conferences. His area of research is Microwave/RF passive component design and Terahertz Electronics for the future wireless communication.

Professor Ghanshyam Singh: received PhD degree in Electronics Engineering from the Indian Institute of Technology, Banaras Hindu University, Varanasi, India, in 2000. He was associated with Central Electronics Engineering Research Institute, Pilani, and Institute for Plasma Research, Gandhinagar, India, respectively, where he was Research Scientist. He had also worked as an Assistant Professor at Electronics and Communication Engineering Department, Nirma University of Science and Technology, Ahmedabad, India. He was a Visiting Researcher at the Seoul National University, Seoul, S. Korea. At present, he is Professor with the Department of Electronics and Communication Engineering, Jaypee University of Information Technology, Wakanaghat, Solan, India. He is an author/co-author of more than 180 scientific papers of the refereed Journal and International Conferences. His research and teaching interests include RF/Microwave Engineering, Millimeter/THz Wave Antennas and its Applications in Communication and Imaging, Next Generation Communication Systems (OFDM and Cognitive Radio), and Nanophotonics. He has more than 14 years of teaching and research experience in the area of Electromagnetic/Microwave Engineering, Wireless Communication and Nanophotonics. He has supervised various Ph. D. and M. Tech. theses. He has worked as a reviewer for several reputed Journals and Conferences.
No Review Found