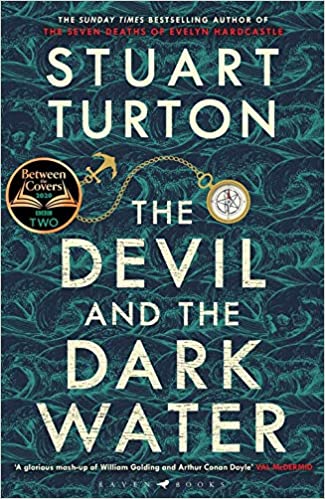 The Devil and the Dark Water

'If you read one book this year, make sure it's this one' Daily Mail

WINNER OF THE BOOKS ARE MY BAG READERS AWARD FOR FICTION

A demon who may or may not exist

It's 1634 and Samuel Pipps, the world's greatest detective, is being transported from the Dutch East Indies to Amsterdam, where he is facing trial and execution for a crime he may, or may not, have committed. Travelling with him is his loyal bodyguard, Arent Hayes, who is determined to prove his friend innocent, while also on board are Sara Wessel, a noble woman with a secret, and her husband, the governor general of Batavia.

But no sooner is their ship out to sea than devilry begins to blight the voyage. A strange symbol appears on the sail. A dead leper stalks the decks. Livestock are slaughtered in the night. And then the passengers hear a terrible voice whispering to them in the darkness, promising them three unholy miracles. First: an impossible pursuit. Second: an impossible theft. Third: an impossible murder. Could a demon be responsible for their misfortunes?

With Pipps imprisoned, only Arent and Sara can solve a mystery that stretches back into their past and now threatens to sink the ship, killing everybody on board.

From the author of the dazzling The Seven Deaths of Evelyn Hardcastle, winner of the Costa Best First Novel Award, comes an audacious and original new high concept murder mystery.

Stuart Turtons debut novel, The Seven Deaths of Evelyn Hardcastle, won the Costa First Novel Award and the Books Are My Bag Readers Award for Best Novel, and was shortlisted for the Specsavers National Book Awards and the British Book Awards Debut of the Year. A Sunday Times bestseller for three weeks, it has been translated into over thirty languages and has also been a bestseller in Italy, Russia and Poland. Stuart lives near London with his wife and daughter. @Stu_Turton
No Review Found
More from Author