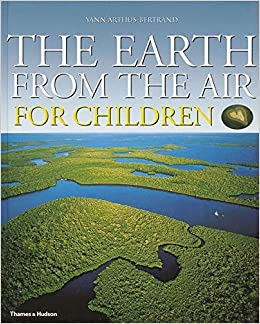 The Earth from the Air for Children

Soar above the earth. Look down. And what do you see? Water and land, trees and buildings, people and animals. And more, so much more. Let the remarkable aerial photographs of Yann Arthus-Bertrand take you to a whole new world of discovery and adventure.Prepare to be enthralled by glowing pictures of nomads and camels, scarlet birds and green grasses, colourful rugs in Morocco and the amazing White Horse of Uffington – plus many more unforgettable images. The Earth from the Air for Children tells the dynamic story of the diversity of our world’s peoples and places.

Yann Arthus-Bertrand is a world-renowned aerial photographer, journalist, reporter and environmentalist. He is especially well known for his book The Earth from the Air, which has sold millions of copies since its first publication in 1999. He has published over 30 books.

Robert Burleigh has been writing for the last 35 years. Publishing poems, reviews, essays, many filmstrips and videos, and more than 40 children's picture books.
No Review Found
More from Author