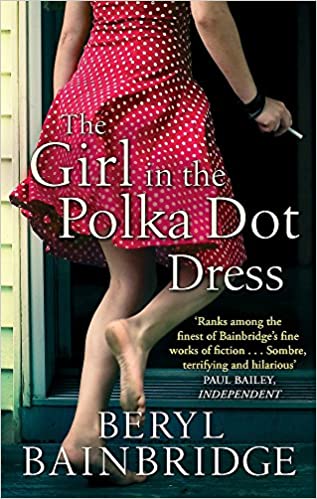 The Girl In The Polka Dot Dress

In the summer of 1968, Rose sets off for the United States from Kentish Town; in her suitcase a polka-dot dress and a one-way ticket. Together with the sinister man known only as Washington Harold, she goes in search of the charismatic and elusive Dr Wheeler - the man Rose credits with rescuing her from a terrible childhood, and against whom Harold nurses a silent grudge.As the odd couple journey across an America on the brink of paranoid disintegration, their journey mirrors that of Robert Kennedy's presidential campaign. As they draw ever closer to the elusive Dr Wheeler, one hot day in June at the Ambassador Hotel in LA, their search finally reaches its terrible climax.

Beryl Bainbridge was one of the greatest living novelists. Author of seventeen novels, two travel books and five plays for stage and television, she was shortlisted for the Booker Prize five times, and won many literary awards including the Whitbread Prize and the Author of the Year Award at the British Book Awards. She died in July 2010.
No Review Found