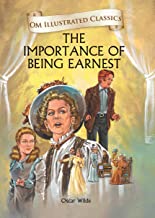 5
0%
0
4
0%
0
3
0%
0
2
0%
0
1
0%
0
In 1871, at New England’s Plumfield School for Boys, Professor Bhaer and his wife Jo lovingly instruct, teach and care for all their boys. One day, a street orphan, Nat Blake, is sent to the school by a benefactor and quickly becomes part of the happy routine at the farmhouse school. The novel is considered to be the second book in an unofficial Little Women trilogy, which is completed with the novel Jo’s Boys and How They Turned Out: A Sequel to “Little Men”. This delightful classic by Louisa May Alcott is not only a must-read for children who are growing up but also for parents raising them.