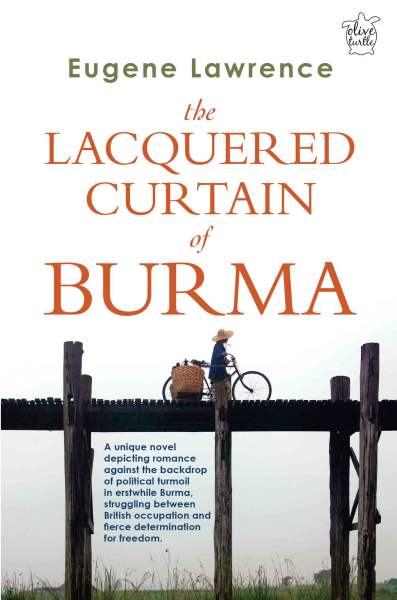 The Lacquered Curtain of Burma

The Lacquered Curtain of Burma is an account of the shaping of the historical, social, cultural, religious, and political canvas of Burma (now Myanmar) by two powerful events: the British colonial conquest and the Japanese occupation of the country during World War II. The book tries to show how these influenced the dynamics of the Burmese and the ethnic communities—primarily the Karens.

Traversing through historical Burma, the book recounts the country’s strife for independence from colonial Britain and imperial Japan, the post-independence conflicts in the country between the majority Burmese and the ethnic minorities, such as the Karens exploding in insurrection, the military coup of 1962, the stranglehold of successive military juntas, and Nobel Laureate Aung San Suu Kyi’s courageous, yet inconclusive, efforts to bring about a decisive change.

Touching on individual lives, the novel creates cameos of Indians who migrated to Burma from then British India, and the Indians who arrived in the country with the Japanese Army and the Indian National Army. Capturing the upheaval of communities, the uprooting of families, and hard sacrifices made by those who could not emigrate, the book portrays the deprivation of peaceful livelihoods to generations of citizens and immigrants alike, forcing many to take up arms in the fight to preserve a heritage and others to restart their lives in new environments.

Born in 1951 in Rangoon (now Yangon), Burma, Eugene Lawrence’s father was Indian, who had arrived in Burma with the Indian National Army during World War II, and married his mother, a Karen. The family repatriated to India at the end of 1966, sailing on one of the last ships to Madras sent by India to receive Indian refugees. Concluding his higher studies in Bangalore, India, with BA (Hons.) in English Literature, Lawrence relinquished his desire to teach and embraced a more lucrative career that was necessary in order to support his large family. Working in sales and marketing with an Indian company and the financial services division of an MNC based in the United Arab Emirates for 27 years, he devoted 16 years to rural development, advocacy and resource development—notably with Pipal Tree, producing three consecutive e-publications on climate change issues on his return to India. However, he has kept alive his passion for literature, philosophy, history, religion, and music, and has published short stories, and articles in the Deccan Herald. This is his first full-length book.
No Review Found
More from Author