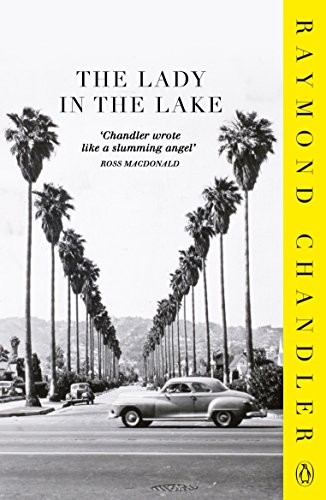 The Lady in the Lake

The Lady in the Lake is a classic detective novel by the master of hard-boiled crime Derace Kingsley's wife ran away to Mexico to get a quickie divorce and marry a Casanova-wannabe named Chris Lavery. Or so the note she left her husband insisted. Trouble is, when Philip Marlowe asks Lavery about it he denies everything and sends the private investigator packing with a flea lodged firmly in his ear. But when Marlowe next encounters Lavery, he's denying nothing - on account of the two bullet holes in his heart. Now Marlowe's on the trail of a killer, who leads him out of smoggy LA all the way to a murky mountain lake . . . 'Anything Chandler writes about grips the mind from the first sentence' Daily Telegraph 'One of the greatest crime writers, who set standards others still try to attain' Sunday Times 'Chandler is an original stylist, creator of a character as immortal as Sherlock Holmes' Anthony Burgess Best-known as the creator of the original private eye, Philip Marlowe, Raymond Chandler was born in Chicago in 1888 and died in 1959. Many of his books have been adapted for the screen, and he is widely regarded as one of the very greatest writers of detective fiction. His books include The Big Sleep, The Little Sister, Farewell, My Lovely, The Long Good-bye, The Lady in the Lake, Playback, Killer in the Rain, The High Window and Trouble is My Business.

Raymond Thornton Chandler was born in Chicago in 1888, but moved to England with his family when he was twelve, where he attended Dulwich College, alma mater to some of the twentieth century's most renowned writers. Returning to America in 1912, he settled in California, worked in a number of jobs, and later married. It was during the Depression era that he seriously turned his hand to writing, and his first published story appeared in the pulp magazine Black Mask in 1933, followed six years later, when he was fifty, by his first novel, The Big Sleep. Chandler died in 1959, having established himself as the finest crime writer in America.
No Review Found
More from Author