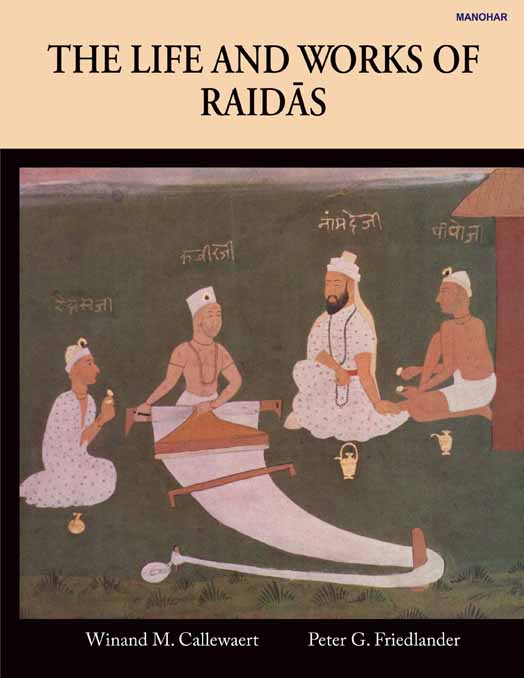 The Life and Works of Raidas

The Brahmans of Benares about 500 years ago were shocked when a low caste cobbler Raidās attracted huge crowds of bhakts. His message was clear and simple, and without arrogance or self-interest. Raidās still remains in contemporary times, a catalyst for all who yearn for the ‘Uplifter of the Fallen, the Master of the Meek.’

Raidās’s fame earned him a place of honour in the prestigious Påc-vānī of Rajasthan. Several performers, at the same time around 1600, brought together in one repertoire, the popular padas and sākhīs of the Bhaktas who were then on the top of the list in each performance of Nirgun Bhakti devotion including Dādū, Kabir, Nāmdev, Raidās and Hardās. In the Punjab too, when Guru Arjan compiled the Ādi-Granth, Raidās was quoted as an inspirer along with Nāmdev, Kabir and several other Bhaktas.

On the basis of the earliest manuscripts containing the songs of Raidās, the authors have prepared a critical edition, with English translations of his verses. At the same time they have examined the sources about the life of Raidās. Even if the hagioraphical elements common in both ‘Punjabi’ and ‘Hindi’ sources are few, one fact stands for certain: the low born Raidās in Benares was very popular and he excelled in all debates with the local Brahmans.

Winand M. Callewaert (born 1943), Dept. to Oriental Studies. Leuven, Belgium has been studying and working in India since 1965. He holds degrees in Hindi, Sanskrit and Philosophy from Ranchi, Benares and Leuven. He has published four books in Dutch and nine in English, mainly on Bhakti literature (Rajab, Dadu, Namdev). With the collaboration of many scholars and devotees in India he has made an outstanding collection containing the oldest available manuscripts of Sant literature on microfilm.

Peter G. Friedlander (born in 1956, Cambridge, UK) lived in India from 1977 to 1982 and began to learn Hindi in Benares, while exploring the many levels of ‘Banaras’ culture. In 1983 he returned to England and studied Hindi language and literature at S.O.A.S., London and did research for his Ph.D on Raidas there.
No Review Found
More from Author