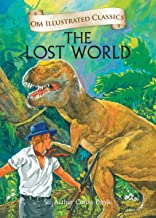 5
0%
0
4
0%
0
3
0%
0
2
0%
0
1
0%
0
Wuthering Heights is an engrossing novel of love and revenge set in the bleak Yorkshire moors. It deals with the themes of intense, passionate love and the destructive effects of hate.The novel is also a social commentary on class prejudice prevalent at the time. The story follows Heathcliff, a homeless boy of mysterious origins, from childhood till his death in his early 40s. Brought up by a kind gentleman, he falls into degradation after his foster father's death, and is treated as a servant by the gentleman's son. When the girl for whom he has a passionate, obsessive love chooses to marry someone else with more prospects and cultivation, he goes away and returns after several years as a rich and educated gentleman. The rest of the story describes the unending cycle of his revenge on the people who he believes have ruined his life, and the effects of his vengefulness on his own tortured nature. This enduring novel continues to haunt popular imagination and has been adapted in many plays and films.
No Review Found