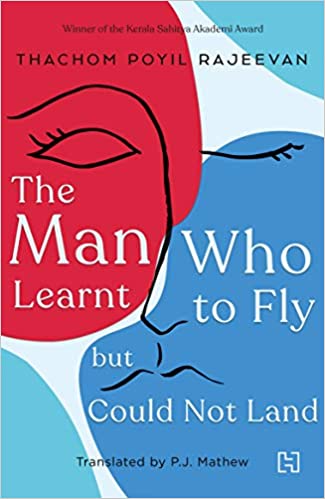 The Man Who Learnt to Fly but Could Not Land

K.T.N. Kottoor was activist, lover, communist, friend, saint, sinner - but, above all, he was a writer... Born into a family of rural wealth and near-feudal influence in a village nestled in British Malabar, Koyiloth Thazhe Narayanan Kottoor knows little of want. But as a patriotic fervour grips the country in the last decades of the Raj, a veritable avalanche of new ideas and ideals shapes the young KTN. As he grows from a boy who takes to writing not only as art but also as a tool of social change, to an activist enamoured of varying philosophies and enmeshed in India's freedom struggle, he grapples with hardship, love, lust and a search for meaning in a reality that forever disappoints. His is a tale both deeply personal and political - tracing a web of caste, sexuality and ideology, while also navigating the struggles of a man coming to terms with himself as a writer and as an individual. Award-winning author Thachom Poyil Rajeevan weaves a magical almost-biography of a fictional writer, one inhabited by goddesses and ghosts, a fortune-telling parrot, dead humans in the avatar of crows, and a blind woman who hears - and sees - better than anyone else. Masterfully translated from the original Malayalam, The Man Who Learnt to Fly but Could Not Land is a poignant exploration of the power of writing, the chaos of a country's rebirth and the life of an idealist caught up in the maelstrom.

Thodur Madabusi Krishna is a vocalist in the Karnatik tradition. Uncommon in his rendition of music and original in his interpretation of it, he is at once strong and subtle, manifestly traditional and stunningly innovative. Krishna is also a prominent public intellectual, writing and speaking on issues of structural inequality and culture. He intervenes musically on current issues, whether it is the deoperationalising of Article 370, the vandalising of a Periyar statue or to save the wetlands. He is the driving force behind the Chennai Kalai Theru Vizha (formerly Urur Olcott Kuppam Vizha) and the Svanubhava initiative. He has been part of inspiring collaborations, such as Chennai Poromboke Paadal, performances with the Jogappas who are traditional transgender musicians, the Karnatik Kattaikuttu that brought together art forms from two ends of the social spectrum, and an enduring poetic partnership with Tamil writer Perumal Murugan. T. M. Krishna is the author of A Southern Music: The Karnatik Story (HarperCollins, 2013), which won the 2014 Tata Literature Award for best first book and Reshaping Art (Aleph, 2018). He also co-authored Voices Within: Carnatic Music— Passing on an Inheritance. Krishna lives in Chennai with his wife and two daughters.
No Review Found
More from Author